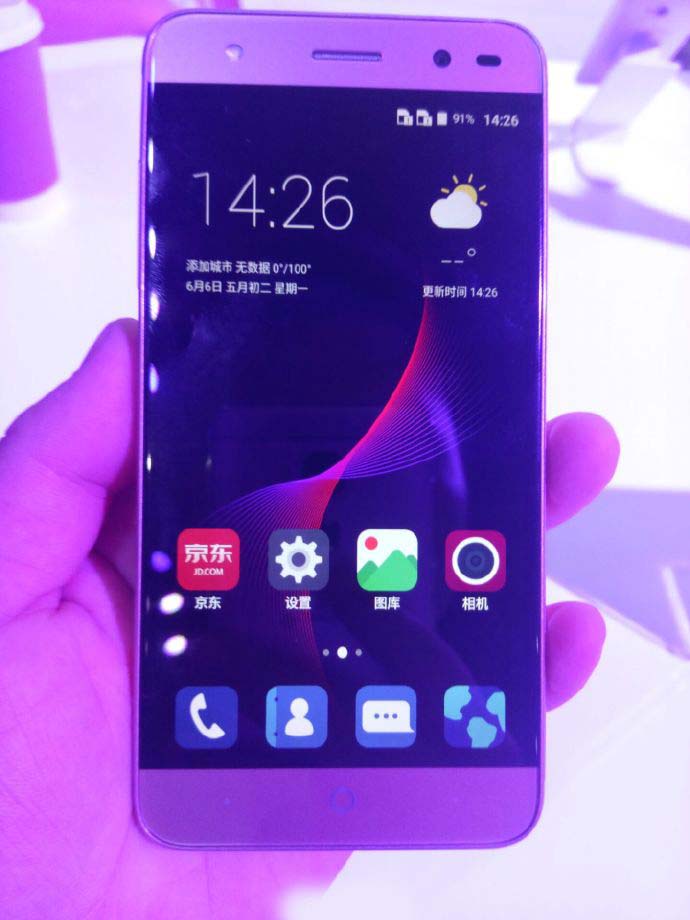 The ZTE Blade A2 comes with a 5-inch HD 2.5D glass 720p display and is powered by the 1.5GHz MTK MT6750 octa-core processor and comes with 2GB of RAM with 16GB of internal storage capacity. It runs on the Android 5.1 Lollipop with Mifavor 3.2 on top. A 3D fingerprint scanner is placed on the rear side below the camera with 360-degree fingerprint recognition and can unlock the device in just 0.3 seconds.

It features a a 13-megapixel rear camera with LED Flash and PDAF features and a 5-megapixel front facing camera. It is backed up by a 2500 mAh battery which is downgraded from 2800 mAh battery of Blade A1. Connectivity features like dual 4G LTE with VoLte, WiFi, Bluetooth, GPS etc. It measures 143.8 × 70.2 × 7.9mm. It will be available in gold, silver and grey color options.

The ZTE Blade A1 was launched with a 5-inch HD (720×1280 pixels) display and was powered by a 64-bit 1.3GHz octa-core MediaTek MT6735 processor with 2GB of RAM and 16GB of inbuilt storage with expandable storage via a microSD card up to 128GB. It runs on Android 5.1 Lollipop and features a 13-megapixel rear camera and an 8-megapixel front-facing camera. It was having a 2800mAh battery and a fingerprint scanner on rear side.