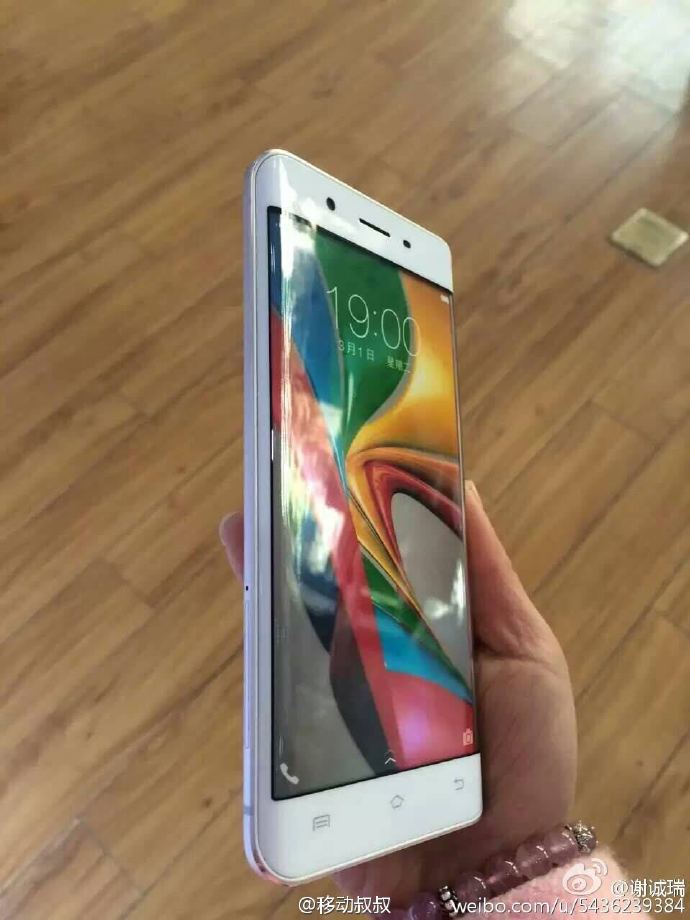 We recently told you about a leaked video that shows that Vivo Xplay 5 smartphone will be a faster phone which comes with 6GB of RAM and Snapdragon 820 processor. The video compares the Vivo Xplay 5 and iPhone 6s performance and Vivo Xplay 5 beats the Apple’s iPhone 6s while opening the messages app simultaneously on both devices in this leaked video. This shows the power of the Snapdragon 820 and 6GB of RAM together. Now, some new images of the Xplay 5 have been leaked that shows both the front and rear panels of the unannounced device.

The leaked images shows the front and rear panels of the device with the front panel having the Samsung Galaxy Edge liked 5.5-inch edge display and the back panel having the rear camera and the fingerprint scanner below the camera. In the leaked video, we saw that the device icons are similar to the Apple’s iOS default icons and now the Samsung like ‘Edge’ display may leads to some legal problems for the Chienese company.

The Vivo XPlay 5 was spotted on AnTuTu benchmark database with a 5.5-inches 2k display with 1440×2560 pixels resolution. It is powered by the latest Qualcomm Snapdragon 820 SoC along with Adreno 530 GPU. It comes with 4GB of RAM in first benchmark and 6GB in the second with 64GB of inbuilt storage capacity. The device runs on Android 6.0 Marshmallow out of the box and features a 16-megapixel rear camera with an 8-megapixel front facing camera.

We now have to wait for the official Vivo event on 1st March where the company is going to launch the Vivo XPlay 5 and we may see some other flagship devices in the event as well from the company to be called as the Vivo X6S and Vivo X6S Plus that are already approved by Chinese TENAA. Stay tuned for more news and updates.