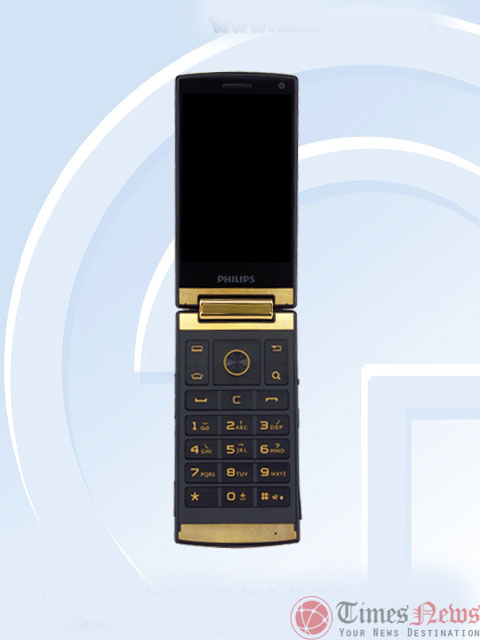 The Chinese certification website TENAA has now approved two new flip phones for China but both comes from different companies, one is from Philips and the other is from Gionee. The devices names are Philips V800 and Gionee W909 respectively and both comes with similar design but has different specifications. Out of these, one is powered by a quad-core processor while the other is powered by an octa-core processor. Both these flip phones runs on Android 5.1 Lollipop OS out of the box. The MWC 2016 is getting closer and we may see the launch of these flip phones in this event.

One of the special feature both phones comes with is the dual display. You can use the either side of the folded dual display. Let’s checkout the specifications of both the devices. The TENAA listing for the Philips V800 shows that this flip phone comes with a 3.7-inches TFT Dual (internal/external) display with 1280 × 720 pixel resolution and is powered by an unknown 1.5GHz quad-core processor paired with 2GB of RAM. It runs on Android 5.1 Lollipop OS out of the box.

Philips V800 has 16 GB of inbuilt storage capacity with 16GB expandable storage capacity slot. It features a 13-megapixel rear and 5-megapixel front facing camera. Connectivity options includes Bluetooth, USB, 4G LTE etc and measures 116.8 × 60 × 19.1mm with 206 grams weight. It is listed in Black color option in the TENAA listing. The battery details are not listed in the TENAA listing, however.

The TENAA listing for the 2nd flip phone from Gionee called the Gionee W909 comes with a 4.2-inches TFT Dual (internal/external) display with 1280 × 720 pixel resolution. It is powered by a 1.8GHz octa-core processor instead of a quad core processor. RAM capacity is again 2GB and it has 32GB of inbuilt storage with 128GB expandable microSD storage slot. It again runs on Android 5.1 Lollipop OS out of the box as we discussed earlier.

It features an 8-megapixel or a 16-megapixel rear LED flash camera with a front facing camera of 5-megapixel. This device also features a fingerprint scanner on its back. It comes with Bluetooth, USB, 4G LTE and GPS. It measures 124.6 × 62.5 × 16.4mm and weights 210 grams. The Gionee W909 comes with Golden color option as per the TENAA listing.

Stay tuned for news and updates.