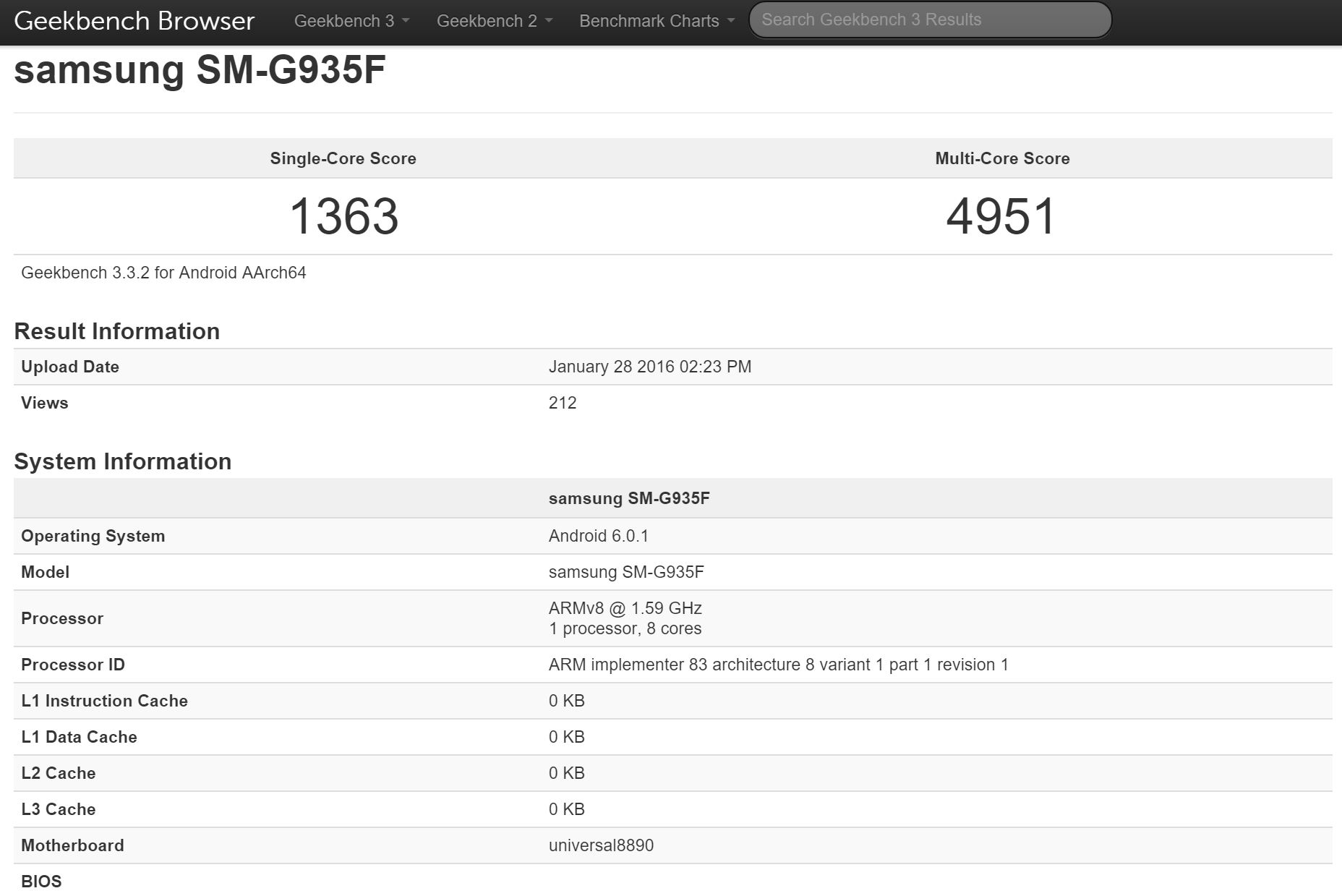 The Geekbench listing reveals that the Samsung Galaxy S7 Edge with model number SM-G935F comes with very low score. The device scored single-core score of 1363 and a multi-core score of 4951 which doesn’t looks to be of a smartphone with Snapdragon 820 SoC. The device has already appeared on the AnTuTu giving us a detailed info of its specifications.

The Geekbench listing says that the Samsung Galaxy S7 Edge will have 4GB of RAM and its runs on the Android 6.0.1 OS pre-installed. It is powered by the Exynos 8890 that will be available for some markets and other will have the Snapdragon 820. No other details are listed in the Geekbench database and most of the details were confirmed via AnTuTu listing.

The AnTuTu listing has revealed the device comes with Qualcomm Snapdragon 820 SoC with Adreno 530 GPU and 4GB of RAM. It has 64GB of inbuilt storage capacity and it runs on runs Android 6.0 Marshmallow OS out of the box. The device features a 5.1-inch display with 1440 x 2560 pixel resolution and comes with a 12-megapixel rear camera and a 5-megapixel front facing camera.

Samsung is also rumored to be working on a 12-inch Windows 10 tablet that will be the first Windows 10 tablet from Samsung. We may expect a MWC 2016 unveiling of this tablet as well. This tablet with model name SM-W700 has already got the FCC approval yesterday. It is rumored to comes with a 4GB of RAM and will have 12-inch Super AMOLED display with QHD resolution. This tablet is expected to be powered by the Intel Core M processor and this tablet will also includes the S Pen. It is rumored to weight 600 grams only.

Let’s wait for the MWC event of Samsung to check what is there for us. Stay tuned for more news and updates.