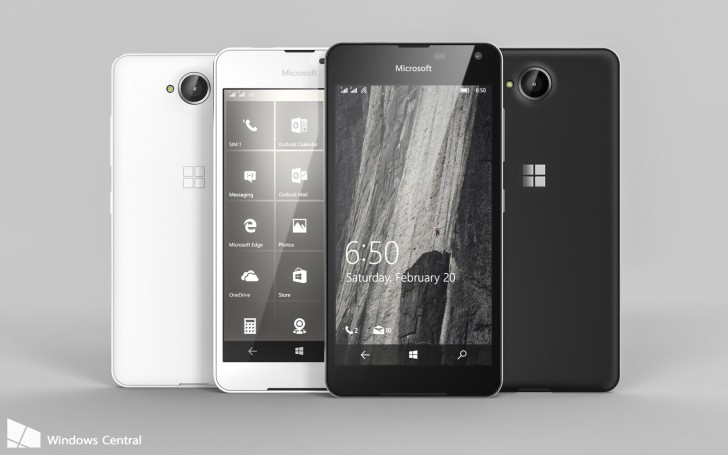 The upcoming rumored Lumia device Microsoft Lumia 650 is already getting good coverage online via its leaks. This device is said to be an entry level device that will be launched with 5-inch Display. The Lumia 650 comes with model number RM-1152 and the device got leaked quite a few times online. The different leaked images of the phone reveals the design of the device and the new specs were also confirmed. Now, the US FCC has also approved the Lumia 650 device with model number RM-1152 confirming that Microsoft will launch it soon, may be in the current running CES 2016 events.

Let’s check the full rumored specifications of the Lumia 650. It comes with a 5-inch LCD HD display with 720 x 1280 pixel resolution and Corning Gorilla Glass protection. It will be powered by a 1.1 GHz quad-core Qualcomm Snapdragon 210 processor paired with 1GB RAM. It will have 8GB of internal storage with unknown size expandable microSD card storage. It will run on the Windows 10 OS out of the box. It will support Dual SIM connectivity.

It will feature a 8-megapixel auto focus rear camera with LED flash and will also have a 5-megapixel front-facing camera. It will be backed up by a 2000mAh battery with wireless charging support. Connectivity options includes 4G LTE, 3G HSPA+, WiFi 802.11 b/g/n, Bluetooth 4.1 LE, GPS, aGPS etc.

The above specs looks good in the budgeted range and we now have to wait for Microsoft to officially unveil the device and that may not be too far as we are already in the CES 2016. Stay tuned for more updates.