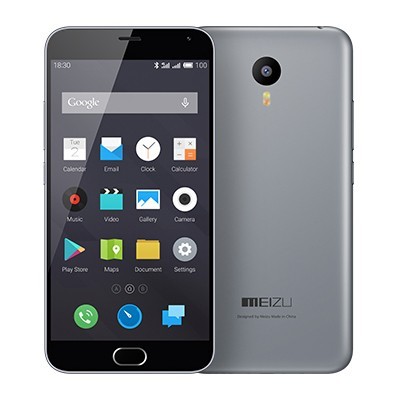 Recently, we saw the e-commerce website Oppomart listed the unannounced OnePlus X with price and full specifications ahead of the official launch of OnePlus X on 29 October. And now, looks like the E-retailer has leaked another smartphone but this time from Meizu. OppoMart has now listed the unannounced Meizu Metal smartphone, called as Meizu Blue Charm Metal on their website with full specifications and price.

Meizu is already teasing the Meizu metal or Blue Charm Metal smartphone via their social accounts which they are going to launch in the October 21 event. But, the Oppomart has listed this device ahead of the launch. Meizu Metal is listed for $249 on OppoMart with an image.

The listing confirms the specifications of Meizu Metal device that includes a 5.5-inch full HD IPS display with 1920×1080 pixels resolution. It is powered by a 64-bit 2.0 GHz MT6795 MediaTek Helix Helio X10 octa-core processor with 3GB of RAM.

It runs on Yun OS (international version, with Google Play) based on Android 5.1 Lollipop operating system out of the box. It comes in 16GB/32GB storage options and is available carrier unlocked. It features a 13-megapixel rear camera with a 5-megapixel front facing camera and the rear camera can capture 2K videos.

It comes with a large 3050mAh lithium-ion battery that can give up to 10 days of standby time. Phone comes with connectivity options such as SM/3G WCMDA/4G LTE-FDD, Wi-Fi 802.11b/g/n network, Bluetooth, Built-in GPS, Micro SIM capability.

So the phone is going to be unveiled on October 21 by Meizu. See you in the launch event.