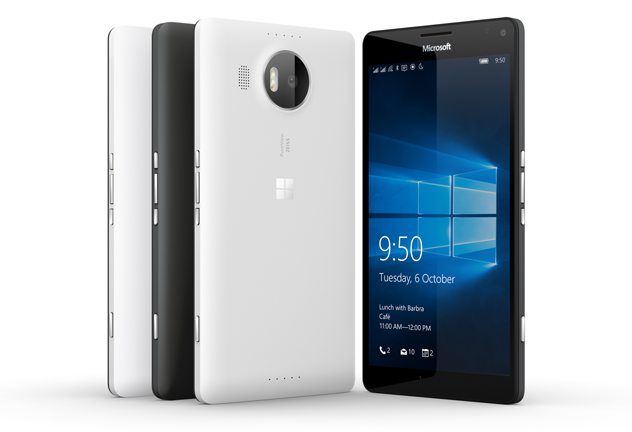 The specifications, as we already know, for Lumia 950 includes a 5.2 inch AMOLED WQHD Display, a Snapdragon 808 SoC with hexa-core CPU, 3GB of RAM, a 20MP rear camera with triple LED RGD flash and a 3000mAh battery etc.

Both the new Lumia devices runs on new Windows 10 OS out of the box and has connectivity options such as USB 3.1, Bluetooth 4.1, Wi-Fi, NFC, 4G LTE Cat 6 and many other useful features.