HTC Sent Out Invites For September 29 Event, Two Flagship Devices Expected Including HTC One A9 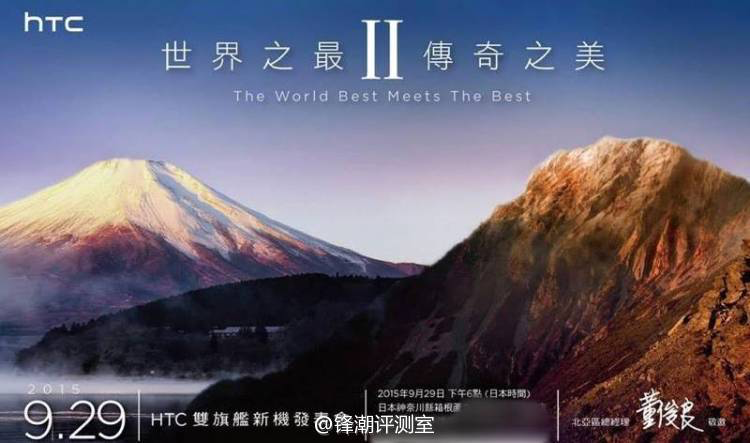 HTC has now sent out invites for its September 29 event to be held in Hakone, Japan. @upleaks has posted the teaser poster on their twitter account. The invite reads,”double flagship new machine will be released in Hakone, Japan” with the event date 29th September. HTC is expected to launch HTC One A9 flagship device in this event along with 2nd flagship, may be Butterfly 3.

The previous leaks suggests that HTC One A9 is expected to launch with a deca core MediaTek Helio X20 processor and will feature a large 5.2-inch Quad HD display with 2.5D glass, 1440 x 2560 pixels resolution and a full metal design body.

Butterfly 3 is expected to have a 20-megapixel duo rear camera with dual LED flash and a 13-megapixel front facing camera. None of the above info is officially confirmed yet. We have to wait until 29 September to check what the HTC fans will get.