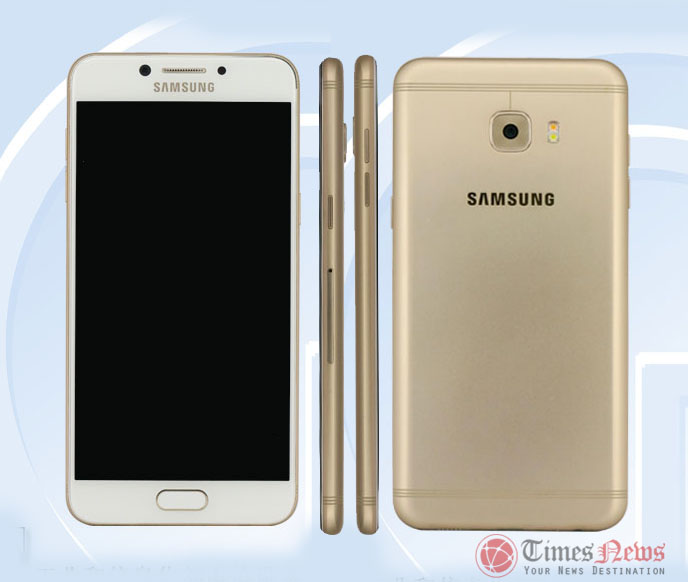 Samsung is soon going to launch two new Galaxy C series devices Galaxy C5 Pro and Galaxy C7 pro that comes with SM-C5010 and SM-C7010 model numbers, respectively. The Galaxy C7 Pro has already got the TENAA approval few days back leaking all of the specifications and images of the device. The smaller Galaxy C5 Pro has now got the TENAA approval in China that comes with model number SM-C5010. It features a full metal unibody design and let’s checkout the full specifications of the device available with its TENAA listing.

The TENAA listing lists the Samsung Galaxy C5 Pro with model number SM-C5010 and comes with a full-HD AMOLED 5.2-inch display with 1920 × 1080 pixel resolution and its powered by a octa-core 2.2 GHz Snapdragon 626 processor that comes with Adreno 506 GPU. It comes with 4GB of RAM and 64GB of inbuilt storage capacity that is further expandable up to 256GB via MicroSD card slot. It runs on the Android 6.0.1 Marshmallow OS out of the box and will also support dual-SIMs for some regions.

The Samsung Galaxy C5 Pro is listed at TENAA with two cameras but the sizes of the camera lenses are not listed that is expected to be 16-megapixel LED flash camera on rear and a 16-megapixel camera on front as well as we saw in its previous leaks benchmark listings. A 3000 mAh battery powers this new Galaxy C series device and we have the connectivity options like 4G LTE with VoLTE, 3G, GPS, WiFi, Bluetooth and FM Radio support also. It measures 145.7 × 71.4 × 6.95 mm and weights 143 grams. It comes with Gold, pink and blue color options. The physical home button on front panel also comes with fingerprint scanner.

The bigger Samsung Galaxy C7 Pro (SM-C7010) was also spotted listed at TENAA earlier this month and is expected to launch along with the Galaxy C5 Pro in upcoming days. The C7 Pro was spotted listed with a 5.7-inch AMOLED full-HD display with 1920 × 1080 pixel resolution. It is powered by a 2.2 GHz octa-core processor that is expected to be the Qualcomm Snapdragon 626 (Cortex A53 – ARMv8) processor that comes with Adreno 506 GPU. It is listed with 4GB of RAM and 32GB / 64GB inbuilt storage option along with expandable storage via MicroSD card up to 256GB.

It runs on the Android 6.0.1 Marshmallow OS out of the box and will support dual-SIM option. It features a 16-megapixel rear camera with dual tone LED flash and a 16-megapixel front facing camera. It is backed up by a 3300 mAh battery and connectivity options includes 4G VoLTE, 3G, Bluetooth, USB, WiFi and other connectivity options as well. It measures 156.5 × 77.2 × 7.0 mm and weights 170 grams. It comes with Gold, Pink and Dark Blue color options.