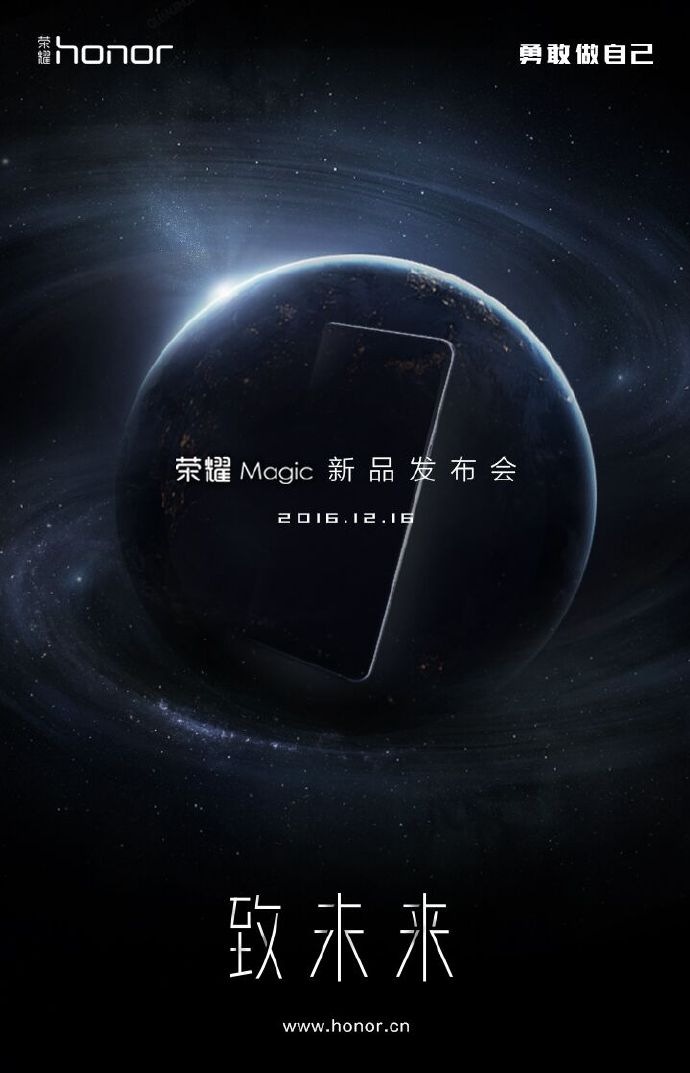 Huawei’s Honor brand have a decent lineup of phones in which the company launched its new phone Honor 6X that comes with top-end specifications and an affordable price tag. The phone is available in China currently and is expected to launch soon in other regions as well. The Honor brand of Huawei has now started sending the invites for its upcoming event on December 16 in China where the company is going to launch a new smartphone. Its unclear which phone the company is going to launch in this event.

The teaser posted by the company notes a new smartphone ‘Honor Magic’ is going to launch, but we have to wait a bit for the upcoming teasers of the phone to have some more information on Honor Magic phone. There are no leaks available about this new device but the translated Chinese text in the weibo post reads as, “#Glory Magic explored every second of wisdom, magic and surprise] December 16, causing the future, we are one step ahead! Concerned and forwarded a new pumping.” that hints towards a new high-end smartphone may be a phone with curved edges display, more amount of RAM and a bigger long lasting battery. We have to wait for the official event though for more information on this new device.

It comes with a dual-camera setup on rear side featuring a 12-megapixel rear camera with LED Flash, 6P lens, 1.25um pixel size, PDAF and a 2-megapixel secondary camera. It also comes with an 8-megapixel front-facing camera. It is backed up by a 3340mAh battery with fast charging support and comes with 4G VoLTE, WiFi 802.11 b/g/n, Bluetooth 4.1, GPS connectivity options. It measures 150.9×72.6×8.2mm and weights 162 grams. A fingerprint scanner is available on the rear side of the phone below the rear camera module that can unlock the phone in 0.3 seconds.