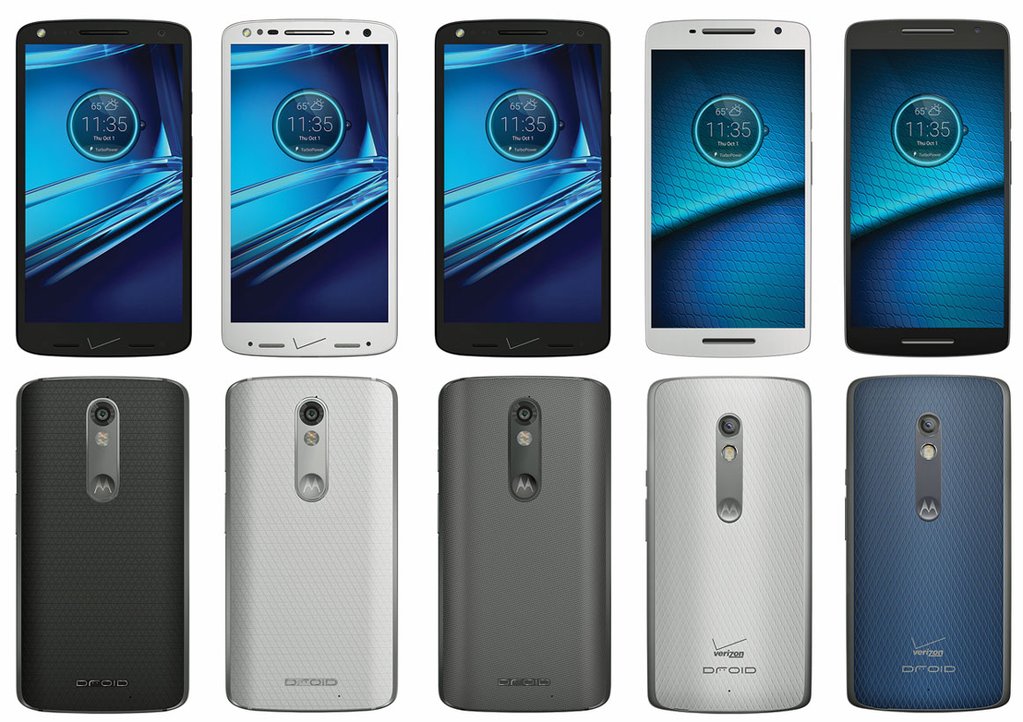 Motorola and Verizon are going to launch the new Droid Turbo 2 and Droid Maxx 2 smartphones in the event on October 27. The company will launch the Moto X Force as DROID Turbo 2 in the US via Verizon. And now, some new renders have popped up online today when the Online tipster @evleaks posted an image of both the devices on his Twitter account.

The images clearly shows that there will be two color options for both the new phones namely black and white. From the image, it seems that the first three phones in the image are Droid Turbo 2 models having a Verizon logo on the front and a Droid one on the back. The next three are Droid Maxx 2 models with verizon and Droid logos on the back.

Droid Turbo 2 is expected to have a 5.5 inches Quad HD display and will be powered by a octa-core Snapdragon 810 chipset. It will have 3GB of RAM with 32 GB and 64 GB storage variants. It will have a 21-megapixel rear camera and a 5-megapixel front camera. There will be a 3,760 mAh battery.

Droid Maxx 2 is rumored to have same specs as Moto X Play that includes a 5.5-inch full HD display with 1920 x 1080 pixels rersolution. It will be powered by an octa-core Snapdragon 615 chipset with 2 GB of RAM, 16 GB and 32 GB storage variants, a 21-megpaixel rear camera, 5-megapixel front camera with a large 3,630 mAh battery.

See you in the launch event on 27 October.