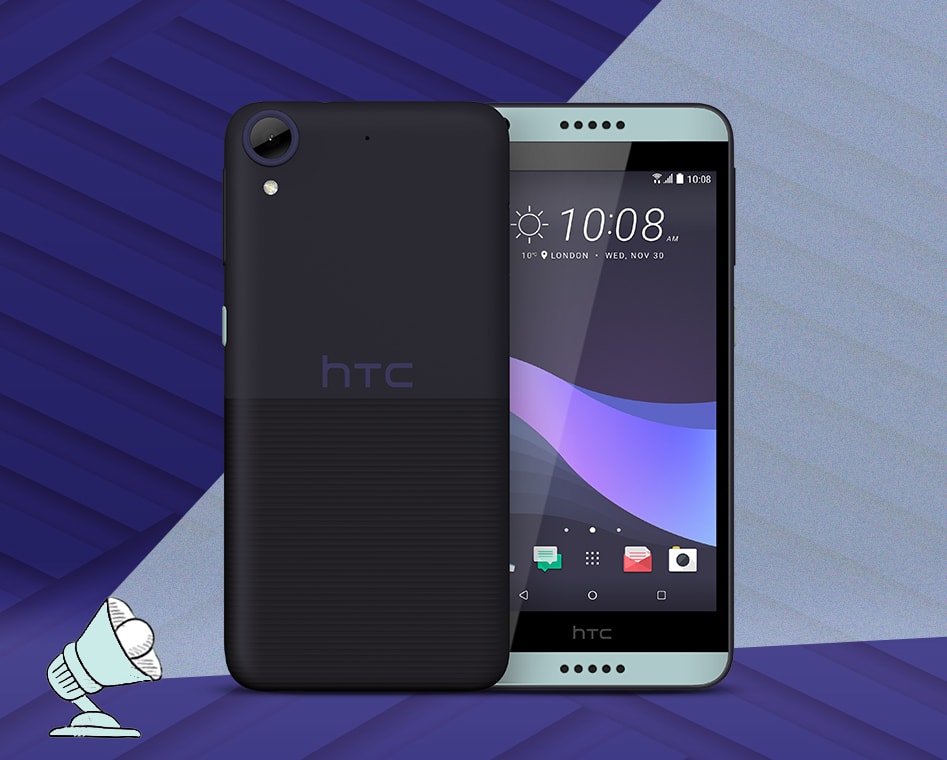 Taiwanese HTC has just launched a new Desire series device in Taiwan called HTC Desire 650 that comes with mid-range specifications and comes at an affordable price. The HTC Desire 650 is priced at TWD 5,490 (around $172) in Taiwan and is listed on official HTC website. The device is expected to be available around December in the country. No news available of its global availability and pricing details. Let’s checkout the specifications and images of the device next in this article.

The HTC Desire 650 comes with a half plain rubber back half sculptured design or engraved pattern that HTC calls “double back”. It features a 5-inch HD TFT LCD display with 720×1280 pixels resolution and 294ppi pixel density. It is powered by a quad-core Qualcomm Snapdragon 625 processor and runs on the runs on Android 6.0 Marshmallow OS out of the box with HTC Sense 8 UI skin on top.

It has 2GB of RAM and 16GB inbuilt storage capacity with microSD card expandable storage capacity with up to 2TB. No dual-SIM available with this smartphone and it supports single Nano-SIM. It features a 13-megapixel rear camera with LED flash, autofocus, BSI sensor and f/2.2 aperture. A 5-megapixel front-facing camera is also available with BSI sensor, f/1.8 aperture and auto-self timer.

It is backed up by a 2200mAh battery which delivers up to 17 hours of talk time and up to 672 hours of standby time according to the HTC website listing of the device. This device comes with BoomSound earphones and sound. it features connectivity options including 4G LTE (Cat. 4), WiFi, Bluetooth 4,1, GPS/AGPS/ GLONASS, NFC and micro USB 2.0. It measures 146.9×70.9×8.4mm and weighs 140 grams.

HTC launched the HTC 10 Evo smartphone yesterday which is the global variant of the HTC Bolt smartphone. It comes with mid-range specifications including a MediaTek processor and other specs. It comes with 3GB of RAM a better 3200 mAh battery. The Quad-HD display makes it a premium series device that has a 5.5-inch screen size. It runs on the Android 7.0 Nougat OS out of the box and features a 16-megapixel rear facing camera.