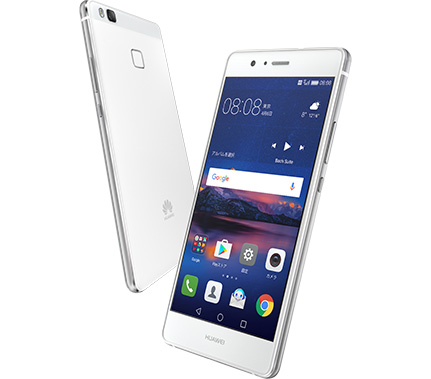 Huawei has just launched a new variant of the Huawei P9 smartphone in Japan today known as HUAWEI P9 lite Premium that is the Snapdragon variant of the Huawei P9 lite smartphone. So Huawei has not used their own Huawei Kirin processor with this phone to give it a different taste. The HUAWEI P9 lite Premium comes with model number HUAWEI VNS-L52 and is available at the Japanese carrier UQ mobile with different plans. No details available of its global rollout yet.

The Huawei P9 Lite Premium comes with a 5.2-inches FHD IPS display with 1920 × 1080 pixel resolution and is powered by the octa-core Qualcomm Snapdragon 617 (MSM8952) (4 x 1.5GHz + 4 x 1.2GHz) processor with Adreno 405 GPU. It comes with 3GB of RAM and 16GB inbuilt storage capacity and up to 128GB expandable storage MicroSD card slot. It runs on the Android 6.0 Marshmallow OS based Emotion UI 4.1 on top and supports single-SIM option.

To recall the Huawei P9 Lite was launched with a 5.2-inch Full HD display with 1920 x 1080 pixels resolution and is powered by the octa-core Huawei Kirin 650 processor instead of the Kirin 955. It comes with 2GB and 3GB RAM variants with 16GB inbuilt storage and expandable storage up to 128GB with microSD card. It runs on the Android 6.0 Marshmallow based EMUI 4.1 and supports Dual SIM. It features a single 13-megapixel rear camera with LED flash and an 8-megapixel front-facing camera. Backed up by a 3,000mAh battery, it comes with connectivity options like 4G LTE, Wi-Fi b/g/n, Bluetooth 4.1, GPS, NFC and USB Type-C.