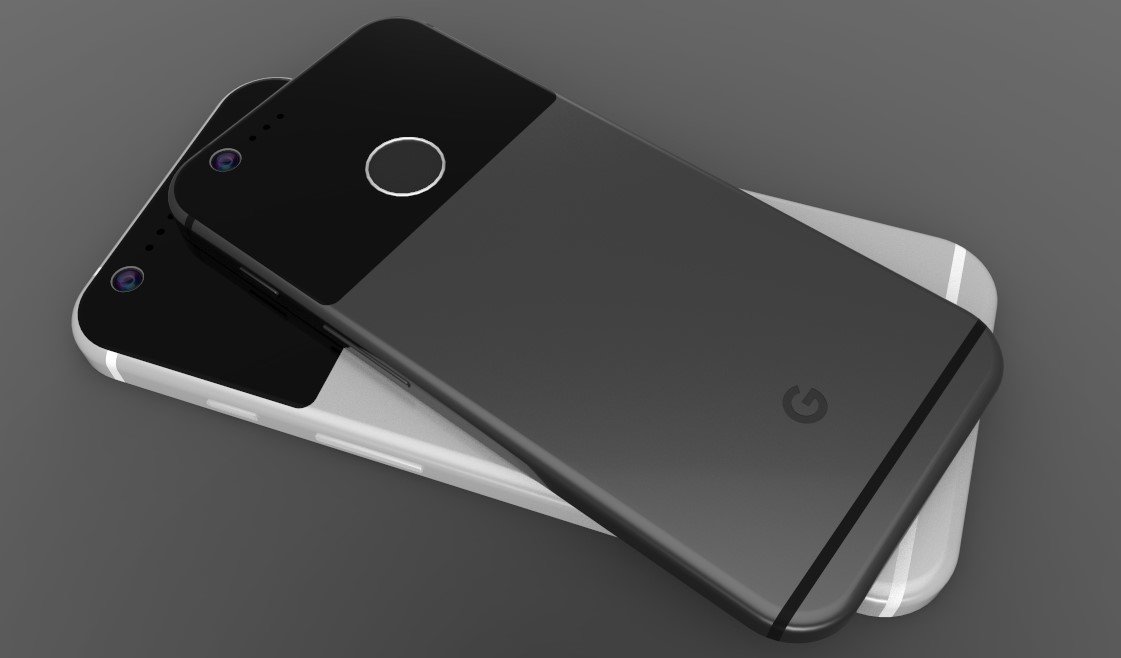 Google is going to announce new Pixel smartphones on October 4th which will be made by HTC and both are code-named Marlin and Sailfish. Both have been spotted in different leaks and leaked images. The Google Pixel Marlin was spotted at Geekbench in the past revealing the key specifications of the device and some HD renders from the devices were also leaked in the past. Now some new images from the Google Pixel Pixel XL have been leaked on Twitter which shows the back panel of the device. The HD renders shows the device in Black and White color options.

The Google Pixel Marlin was spotted at Geekbench with specifications like 4GB of RAM and the 1.59 GHz quad-core Snapdragon 820 processor. It runs on the upcoming Android 7.1 Nougat OS out of the box and the device scored 1511 points in the single-core test and 4042 points in the multi-core test. No other details were outed by the Geekbench test of the device.

The rumored Google Pixel specifications includes a 5-inch display with 1920x 1080 pixels resolution and will be powered by quad-core Snapdragon 821 processor with Adreno 530 GPU. It will have 4GB RAM with 32GB of internal storage and will run on the Android 7.1 (Nougat) according to GeekBench. It will feature a 12-megapixel rear camera with LED flash and an 8-megapixel front camera.

A 2,770mAh battery will be powering the device and connectivity options expected are 4G VoLTE, WiFi 802.11ac (2.4/5 GHz), Bluetooth 4.2, GPS and USB Type-C. It will have a fingerprint scanner on the rear side and will also feature headphone jack on top. The Google Pixel XL is rumored to come with a 5.5-inch AMOLED display with 2560×1440 pixels resolution and will again be powered by a quad-core Snapdragon 821 processor with Adreno 530 GPU. It will have a 3450mAh battery and other specs will be same as the Google Pixel smartphone.