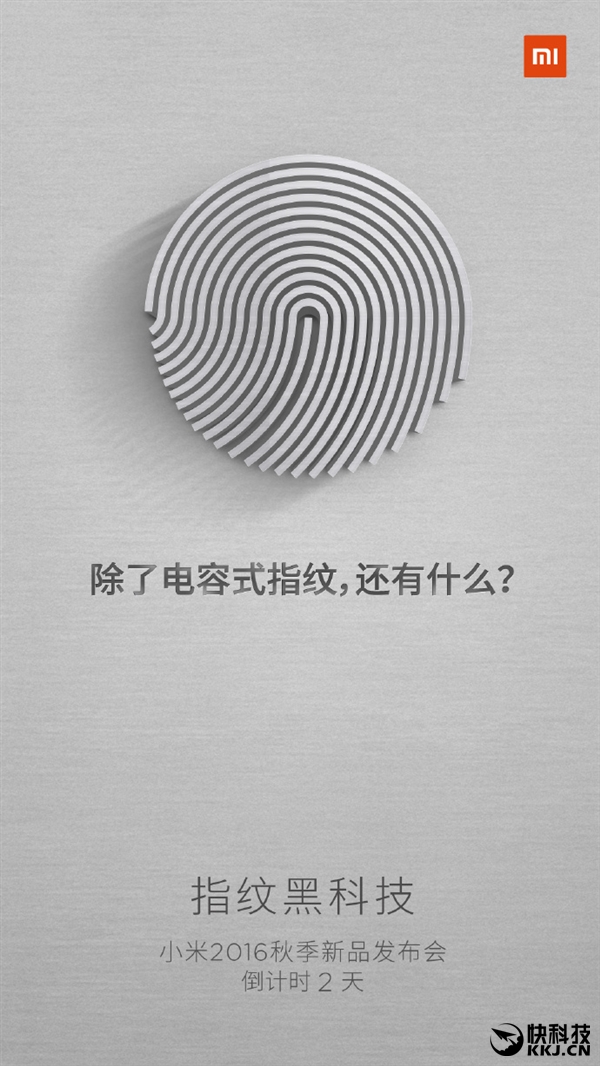 The Xiaomi Mi 5S is expected to pop on September 27 and until then, the rumor mills would continue to be agog with news about the much anticipated flagship. The latest leak is about the all new under glass fingerprint scanner the Mi 5S is rumored to feature. 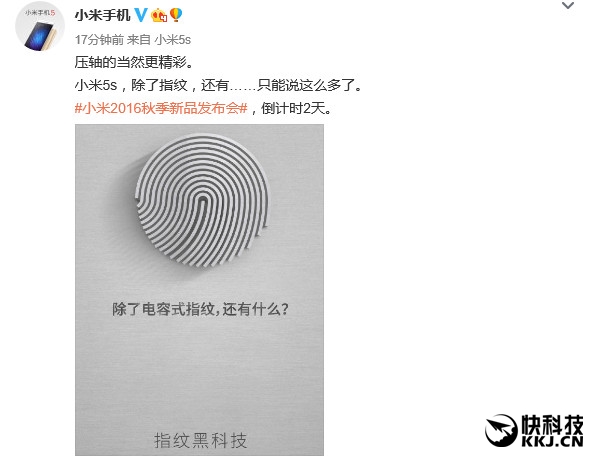 The rumor of an under glass ultrasonic fingerprint scanner on the Mi 5S first emanated from Kevin Wang, IHS Technology’s director in charge of China research on Weibo. The news touted the Mi 5S to be the world’s first smartphone to feature the under glass ultrasonic fingerprint recognition patented by Qualcomm and first unveiled at CES 2016 earlier this year. That rumor has now been confirmed by Xiaomi through their official Mi Weibo page. A trailer pooster was today released that though in Chinese, passes the teaser that there’ll be no Fingerprint capacitive button but there will be a brand new fingerprint technology on the Mi 5S. The poster also contained the picture of what looks like a fingerprint.

The much talked about Ultrasonic fingerprint scanner is said to be hiddden under the glass, meaning there would be no physical button, perhaps the Mi logo would be there to show where exactly it is located. the scanner uses ultrasound rays which has the ability to penetrate different levels of materials ranging from glass, wood, down to metal. The fingerprint scanning ability of this new technology is said to be such that dirts, grease, sweat or water won’t prevent it from working. That is where the new Apple Touch ID on the iPhione 7 and 7 Plus differs, because Apple’s own cannot work smoothly in greasy and wet conditions.

However, rumors have it that Apple’s 2017 iPhone 8 will in addition to removing the physical home button, would pack similar fingerprint identification technology. It’s just two days away from when Xiaomi will officially unveil the Mi 5S with this latest fingerprint technology and when that happens we’ll get to see how it works.