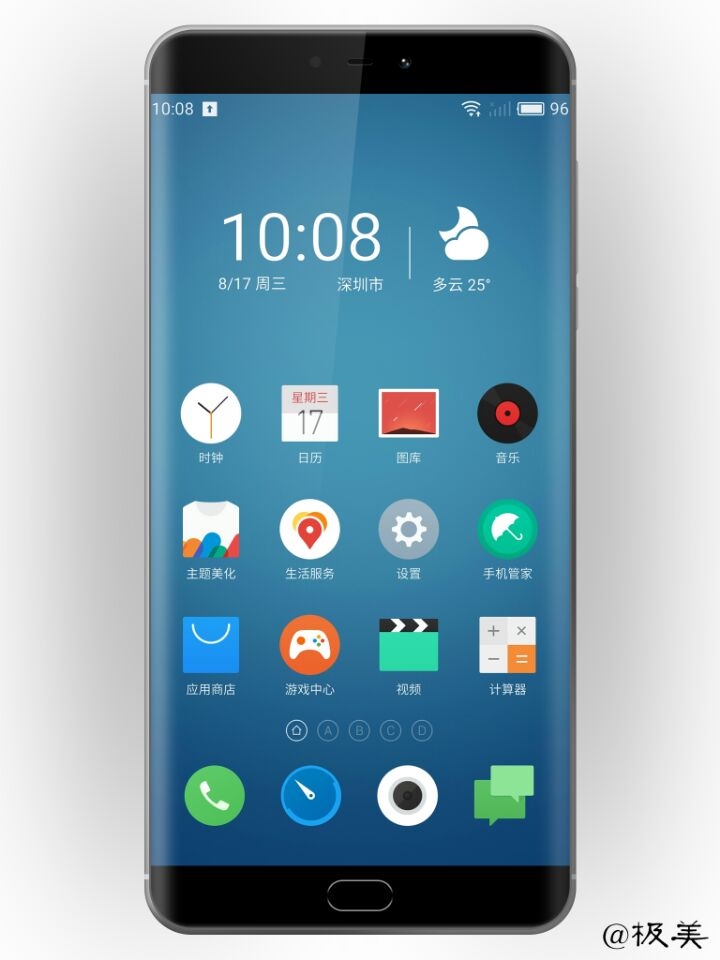 Meizu is rumored to be working on another flagship smartphone, not long after we saw the Meizu MX6 and Meizu M3E. The expected smartphone had all along been suspected to be Meizu Pro 7 and was spotted on AnTuTu Benchmark few days back sporting Samsung’s Exynos 8890 processor. Now leaked images of the Meizu Pro 7 has been spotted on a discussion thread on Meizu’s online forum.

The images features both the front and back view of the flagship, with the front view revealing that the Pro 7 will come with a curved display screen with the display extending to the sides. There’s also an oval physical Home button right under the display.

The image renders further disclose the present of dual main cameras at the back of the device. The dual camera setup consists of a large primary camera and just under it is the depth of field sensor whose pixel size is unknown. There is also a round shape LED flash exclusive to Meizu right under the second rear camera.

You might begin to wonder how we know this should be the Meizu Pro7. Thing is, the name of the device is also clearly written at the bottom part of back as Pro 7, shown also to be designed by Meizu in China. There are also visible white antenna lines both at the top and bottom edges of the device’s rear aspect.

According to the AnTuTu records, the device sports a 5.5-inch display which is rumored to have a resolution of 2560 × 1440 pixels. In other aspects, the Meizu Pro 7 is said to run on Android 6.0 Marshmallow out-of-the-box, pack 4GB RAM and 32GB of internal storage space inside its hood. The flagship Pro 7 is said to also feature a 12MP rear facing camera which should be the primary cam and a 5MP front-facing camera. The pixel size of the second camera at the back is unknown at this point in time.

It is not known when the smartphone will be officially announced and what price tag it will carry, but we’ll keep you updated when more details pop.