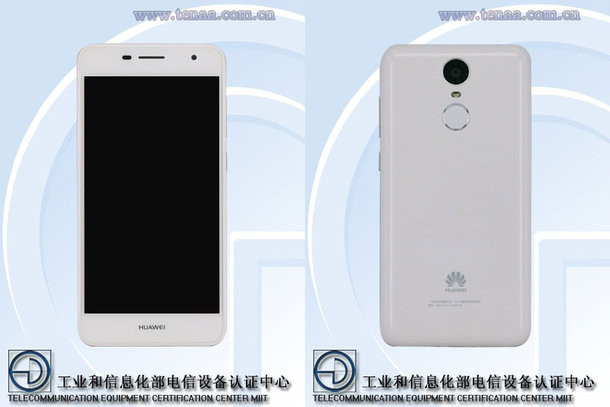 A new unnamed Huawei smartphone has been spotted on Chinese Telecoms regulatory agency TENAA’ s website sporting entry-level specifications. The device is believed to be a new one in the pocket friendly Huawei Enjoy series. But for some few difference in looks, the mysterious device bears striking resemblance with the Huawei Enjoy 5s released in December last year.

According to the TENAA listing, the smartphone features a 5-inch AMOLED display with resolution of 720p. The phone also packs a 1.5GHz octa-core processor and also features a massive 4000mAh battery. 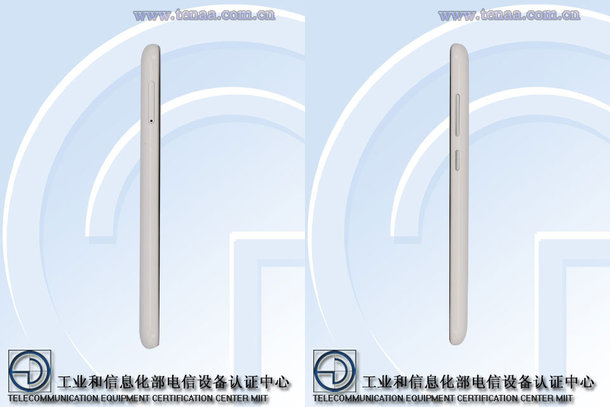 The TENAA photo renders of the Huawei smartphone shows a very simple design, with the back cover evoid of the usual metallic casing rather the back case is made of plastic material. The back view also shows the phone sporting a fingerprint sensor and there is a SIM card slot on one side of the metal fuselage. There are also volume control buttons and screen lock button on the other side of the phone. 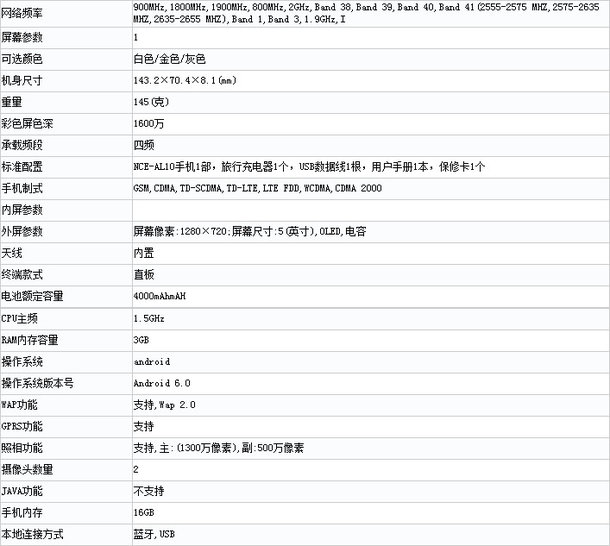 Other specifications of the Huawei smartphone as revealed by the TENAA listing include 3GB of RAM an 16GB of built-in storage. The device is also listed to have a 13 megapixel rear facing ccamera which is shown to have an LED flash attached to it and a 5 megapixel front facing camera as well. On the software bench, the yet-to-be-name Huawei smartphone boots Android 6.0 Marshmallow out-of-the-box.

With the entry-level specs the device packs, it is expected to feature a budget, pocket friendly price tag whenever Huawei decides to unveil the device. But we just want to wonder aloud, could this be the Huawei Enjoy 6? Sure, we’ll find out soon from Huawei.